YOOZOO Games, Shanghai — 21.09.2020 | Forsaken World: Gods and Demons is an open-world fantasy MMORPG on an incredible scale. Dive into a world of never-ending adventure where treasure and glory awaits the victor. Raid a dragon's lair, search for lost artifacts, or kick back, relax and catch some fish in-between epic adventures. The world around you will be influenced by your in-game decisions, with a storyline that allows you to determine the future of Calindor. Leave your mark and become a legend! 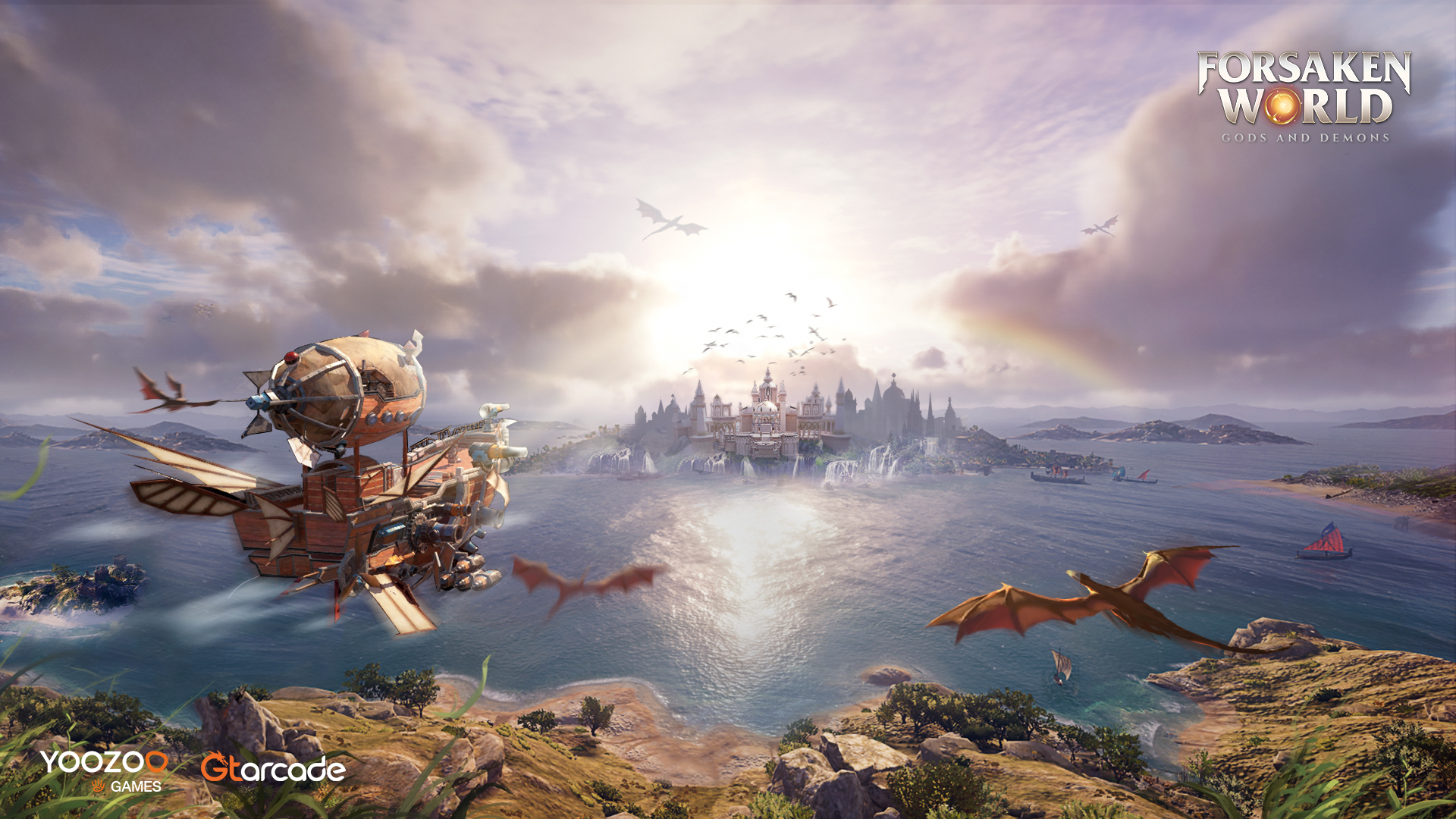 Change your class at any time and specialize your character just the way you want it. Mix-and-match abilities and talents to fit your combat style, and customize your appearance to bring out the true you, right down to the facial expression. No two players are the same in FW: GD.

Immerse yourself in the breathtaking landscapes of Calindor. Take to the skies with wings and mounts to experience breathtaking views, panoramic flight gameplay, and uncover the many secrets of this land. Enjoy fine spirits with Dwarves and be soothed by the enchanting melodies of the Elves. Chat with other players and trade your goods and resources and prosper in this magical world!

FW: GD allows for hundreds of players online simultaneously – all fighting the World Boss together. The invading Storm Legion, warring factions, and savage wildlife make the world of Calindor a dangerous place. Amidst the chaos, guilds fiercely clash with one another over land and resources. Will you form alliances and uphold peace, or conquer all in the name of eternal glory? Whatever you decide, don’t do it alone - Create or join a guild, build Guild Fortresses, and fight for the glory of the gods.

A new adventure begins every time you log in. Start your day with a stroll through the market for some potions. Meet up with some friends for an old fashion dungeon crawl, or work on some tradeskills at your leisure. A simple outing for herbs may trigger a special event that leads to an epic dragon slaying adventure. No matter what type of player you are, you'll find your calling in Forsaken World.

Pre-register now for Forsaken World: Gods and Demons on iOS and Android. Stay up to date with all the latest on Facebook, Instagram and GTarcade.

YOOZOO Games is a global entertainment company specializing in game development and distribution. The company is headquartered in Shanghai with offices across Asia, Europe, and the US. Since its founding in 2009, YOOZOO has forged a strong global distribution network and launched over 40 highly successful titles including Game of Thrones Winter is Coming, the League of Angels series and Saint Seiya Awakening: Knights of the Zodiac.