In MMORPGs, gear is often one of the main ways to increase your effectiveness in battle. Forsaken World has a large variety of gear and numerous ways to improve them. 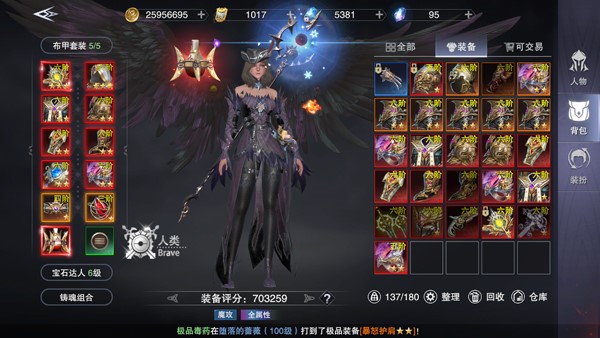 It is not easy to have a full set of top-tier equipment. Main quests and side quests provide some common equipment, but you will need better equipment to navigate later challenges.

Lionheart Honor and Boss Quests are two of the main ways to obtain gear. You can find a lot of powerful gear in Lionheart Honor; teaming up with other guild members will increase the drop rate. 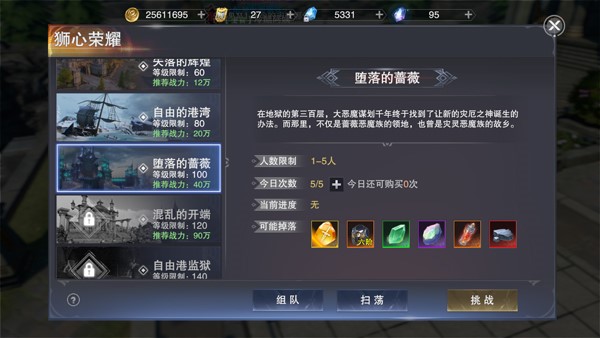 There are several types of bosses: personal, wild, lair and cross-server. Bosses take some time to respawn and you may have to compete with other players for them, so you may want to check out other bosses if one boss is currently unavailable. 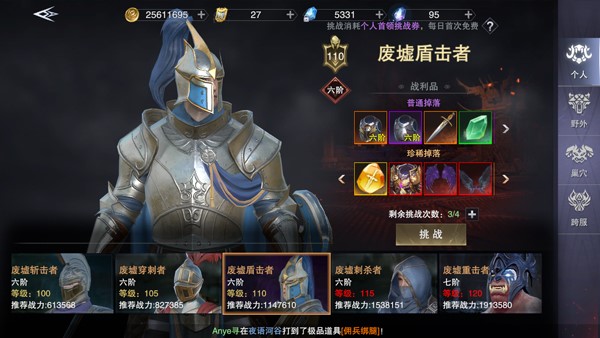 The harder the boss, the better the reward. Considering challenging a boss with recommended Power of 200-250k higher than yourself to maximize efficiency. 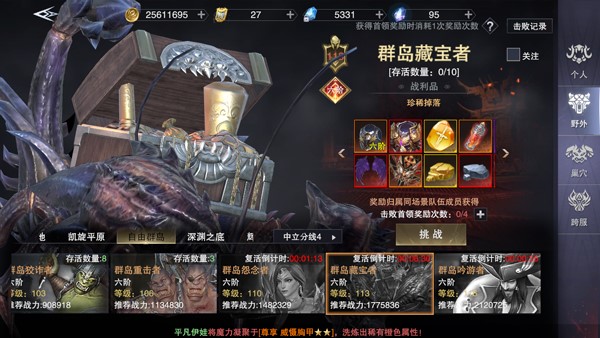 Lair and cross-server bosses are more difficult due to competition from players from other servers. The recommendation of your Power + 200-250k still applies, but be careful about attacks from other players. 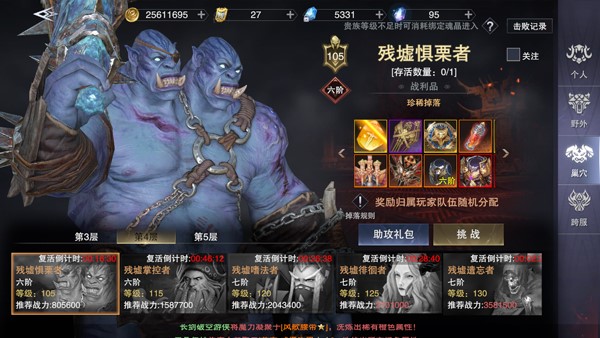 Since the number of attempts is limited, you may want to challenge lair and cross-server bosses that are a little weaker, and avoid fighting them during periods of high traffic, or when an event is about to start or has just ended. 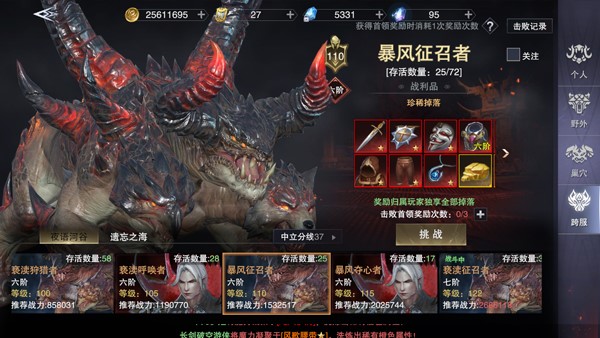 How do we improve our gear?

There are numerous ways to improve your gear, such as Enhance, Soul Forge, Advance, Synthesis, Augment, Socket and Enchant.

1. Enhance: Use Enhance Stones to improve the base stats of a piece of gear, which can be viewed on the piece of gear's floating tooltip. Enhance Stones can be obtained from daily events like Lionheart Honor and Personal Boss, as well as limited-time events such as Scarlet Hunt and Dungeon Treasure. 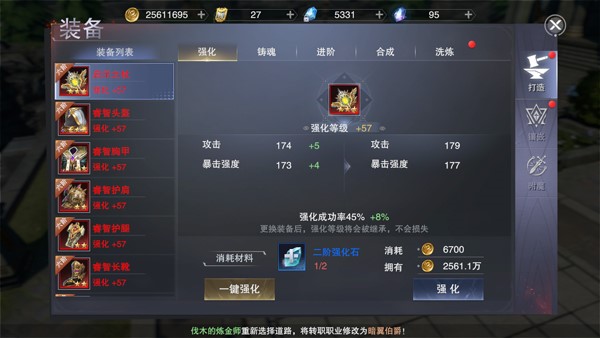 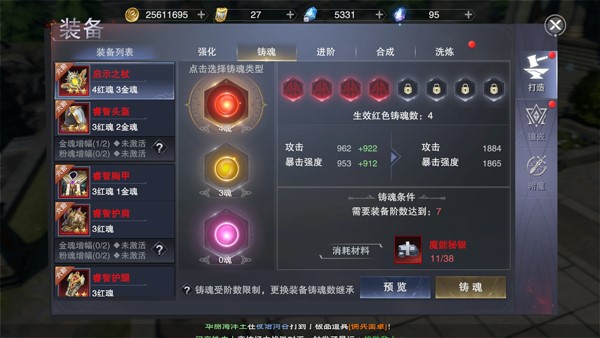 Soul Forge materials are obtained from bosses, Lionheart Honor and the Frostwind Vale Shop. They are rare but provide substantial bonuses.

Synthesis: Synthesizing gear has higher requirements, but can greatly increase your Power. 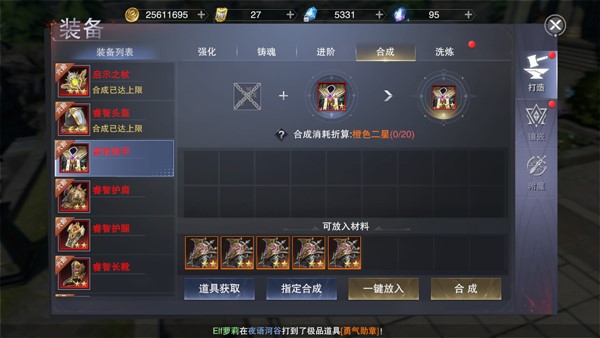 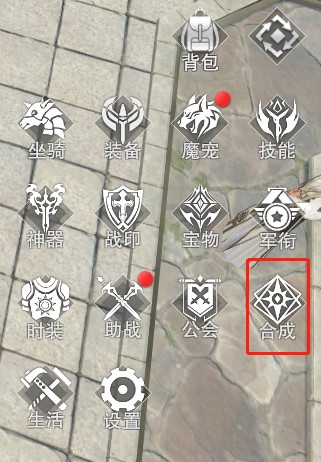 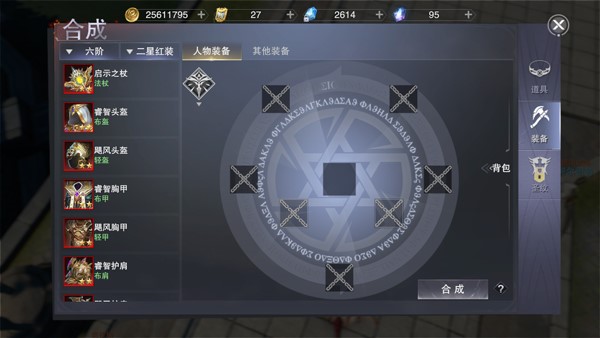 Be careful about recycling Premium and Epic gear, as synthesis requires them.

Socket: Gems provide additional bonuses for gear. The higher the Gem level, the better the bonus. There is a limit to how many Gems a piece of gear can hold; the maximum number of slots is 6, and gear must be advanced to unlock all slots. 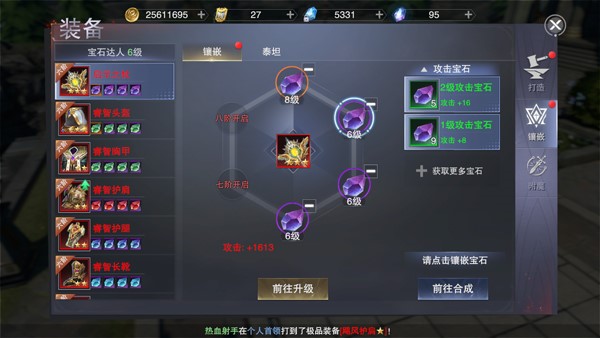 Titanites are much rarer than normal Gems but grant powerful Titan skills. The Elemental Master Titanite, for example, gives attribute bonuses and resistance when attacked. 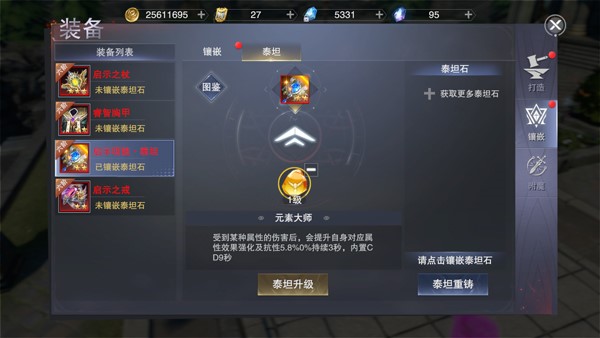 Enchant: Enchanting adds a bonus to a piece of gear. Powerful enchantment effects can be unlocked when your gear have the same attributes. Different enchant attributes give different bonuses; and the higher the enchantment grade, the better the bonus.

Augment: Augmenting a piece of gear will add random bonuses. Augmenting costs Augment Stones, which can only be obtained from Lionheart Honor. The bonus from augmenting is random and can be overwritten by augmenting again. You should only lock a bonus if it is powerful enough.

We hope these tips will help you understand the gear system in Forsaken World and ways to improve them. Most enhance effects can be inherited onto a new piece of gear, so don't be afraid to enhance early and often!